Brynn Smith received her BFA in Musical Theatre from Abilene Christian University. Brynn grew up in Fort Worth, Texas, where she was involved in the local children’s theatre. She spent the majority of her adult life traveling all over the world with the national tour of Mamma Mia! and several shows onboard Norwegian Cruise Lines. In 2019, she began her new adventure exploring a more behind-the-scenes look into theatre with an internship at Roundabout Theatre Company/Jim Carnahan Casting.

Brynn and her boyfriend, Kurt Jenkins, moved to Birmingham in March of 2020. She has fallen in love with Birmingham and is ecstatic to be assisting the team that brings the best theatre to the state in which she now resides! 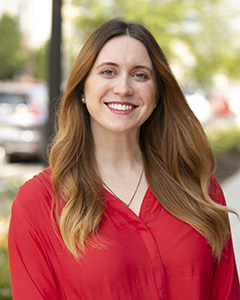