Through rehearsal and execution of high-quality musical productions, young performers are trained in technique and craft, etiquette and professionalism. These young performers are working alongside the industry’s finest professional performers. Students earn professional credits for their resumes while furthering their artistic education and personal growth. These young performers take major leaps in their artistic abilities and form lasting relationships with peers. Best of all, our young artists take pride in their hard work as hours of rehearsal culminate at show time. As educators, we have the privilege to see them behind the curtain as their energy and excitement buzzes before they take the stage and deliver stellar performances. 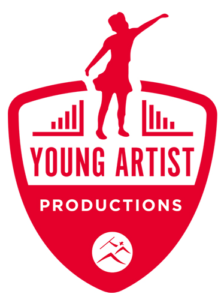 Young Artist Productions are family-friendly shows. Although adults help behind the scenes, these productions are “for kids, by kids.”

Young Artist Productions are geared toward teaching young people about rehearsal practices and performance etiquette. Shows are performed in the fall and summer.

Participation in Young Artist Productions is open to any young person of the appropriate age (see show information for details). THIS IS AN AUDITION-BASED OPPORTUNITY. All students must audition, regardless of previous participation. Follow this link for more audition information.

The Addams Family Young@Part is a tuition-based opportunity, equivalent to three weeks of camp. Tuition is $850. RMT is dedicated to furthering education for youth committed to the performing arts and offers financial assistance to those who qualify. To begin your financial aid application, visit redmountaintheatre.org/education/financial-aid/

Our classes and camps are specifically tailored for several different ages and skill levels and welcome to all interested youth.

At RMT, no child is denied participation in our educational programs based on financial limitations. For more information about our financial aid opportunities, review the James Hatcher Founder’s Fund Award at the link below.